The Nissan Juke was launched in 2010 and immediately became a favourite among growing families and alike due to its versatile nature, practicality, and unique looks. Although Nissan was once a byword for reliability, Nissan Juke Problems are sadly not unheard of.

Whilst some models of the Nissan Juke were nearly problem-free, other models have encountered a few, quite serious problems. Thankfully it wasn’t all Jukes that were affected. With the use of this handy guide, you’ll soon be able to distinguish which Juke is best in terms of reliability.

In the below article we will guide you through some of the common issues with the Nissan Juke, including which models are affected most. We will also answer a few common questions prospective buyers often have.

Do Nissan Jukes have any problems?

Nissan Juke’s, like many other cars before them, have been known to have the occasional problem. Whilst a car from any maker without any known faults or weak points, is almost unheard of. Some issues with the Nissan Juke are a little more unpredictable and can occur prematurely in the car’s lifetime. Whilst other problems with the Juke are more predictable and often mileage or age-related.

Read on below for a list of common Nissan Juke problems.

Common problems with the Nissan Juke

When discussing Nissan Juke Transmission problems often, we are often referring to the CVT gearbox (REOF11). This is commonly found in the 1.6 naturally aspirated petrol cars. The CVT gearbox is seemingly a little unpredictable, with some issues being reported at as little as 3k miles, and others remaining fairly problem-free until much higher mileages.

This is probably the most notable & well-reported Nissan Juke problem. So, naturally, we have a whole section discussing these gearboxes, possible symptoms & repair/replacement costs below.

Turbo models of the Nissan Juke have also been known to have problems occasionally.

A blocked oil feed, allowing the turbo to run without proper lubrication is a common culprit for these Turbo woes. Early symptoms of this could present as something as simple as the car feeling a little slower than usual, due to extra resistance within the Turbo.

If oil flow is reduced significantly over extended periods it will likely destroy the Turbo. This can lead to a very costly repair, or in some cases, replacement.

This however is generally agreed to be prevented by regular oil changes. Nissan service bulletins do also exist for this issue. So, if your car is regularly maintained by a specialist they’ll likely already know about this and will potentially recommend preventative measures.

Something a little less serious-sounding, but equally notable, is that the Nissan Juke seems to wear out its inner tie rod ends at an increased rate when compared to other cars.

Symptoms of a worn tie rod end can range from a strange vague feeling in the steering to vibration & excessive or uneven tyre wear.

Whilst tie rod end replacement is generally fairly inexpensive, it is very important to keep them in check. Tie rod end failure can be very dangerous, potentially resulting in an inability to steer in the worst cases.

Make sure to have these checked by a professional if you are unsure.

A loose timing chain can be common in various Nissan Juke engines but appears to be particularly common in the 1.2 Turbo engines.

Whilst symptoms of a loose timing chain can appear gradually, it is vital to act fast if you notice any of the below symptoms.

It’s very much a case of better safe than sorry with timing chains, if you have any doubt, have it inspected by a professional as soon as possible.

So far, various models of the Nissan Juke have been issued with a total of 7 recalls. This may sound like a lot, but really this can say good things about the manufacturer being proactive, processing fault reports & rectifying issues where relevant.

It’s also important to consider the fact that some of these recalls only concern specific models and years.

Here is a list of recalls so far (06/10/21). If you’re unsure whether your Nissan Juke is subject to any recalls, or has previously had any recalls carried out, contact Nissan directly to confirm.

The fuel pressure sensor on some models of Nissan Juke has actually been subject to three of the above recalls. The reason for this is because it has been known to spring a leak occasionally and due to the obvious risks involved with leaking fuel, manufacturers rarely turn a blind eye to any related issues.

Likewise, owners and prospective buyers should also take this issue particularly seriously. Thankfully the issue seems to be limited to Nissan Jukes made between 2011 – 2013. However, if you have any doubts, don’t hesitate to check directly with Nissan if the vehicle in question requires the recall or has had the remedial work carried out already.

The lifetime of a clutch on a manual car is a notoriously hard thing to estimate because it depends hugely on factors such as engine pairing, driving style, and driving conditions. Therefore clutch life expectancy can vary significantly regardless of make or model.

However, there are a few reports of Nissan Juke owners experiencing premature clutch wear. Sadly, if you experience this, it is highly unlikely that it will be covered on any sort of warranty as it is very much a wear and tear item.

Symptoms of a worn clutch will generally include: Slipping under acceleration, difficulty making gear changes & a spongey clutch pedal feel.

Luckily, brake pad replacement is usually considerably cheaper than clutch replacement. Due to this, when premature pad wear is encountered by Juke owners it is unlikely to be reported and instead written off as a mild inconvenience.

Is the Nissan Juke a Reliable car?

Whilst some models of the Nissan Juke can face notable reliability issues, the Nissan Juke on the most part is by no means a particularly unreliable car when compared to others.

With this said, there are clearly some models of Nissan Juke which are certainly far more reliable than others.

Due to this, it is vital for prospective buyers to choose wisely to avoid models with known faults or account for unscheduled maintenance.

This guide includes some extremely important pointers for anyone trying to determine which models of Nissan Juke to avoid.

Do Nissan Jukes have transmission problems?

The CVT transmission (REOF11) found most commonly in 1.6NA cars, can fail prematurely. Often between 20k-30k Miles, but has been known to fail at even lower mileages.

Initial symptoms of this often present themselves similarly to how a slipping clutch would feel, with the addition of some jerking at low speeds and is often accompanied by a whining noise. When ignored, the symptoms will gradually worsen to the point where the car can become undrivable.

If your car is within Nissan’s Warranty period you may be lucky, as they have been known to cover or partially cover the costs of replacement. However, if you are outside of their warranty it is very unlikely they’ll assist financially.

How long do Nissan Jukes last?

Predicting how long any vehicle will last can be a very difficult thing to do. The lifespan of a vehicle can vary based on so many external factors. However, there are some early signs that some models of the Nissan Juke can live quite long lives indeed.

One of these signs is that there are plenty of Nissan Jukes available on the used market with quite high mileages on the clock, 100-150k mile examples are relatively common. High mileage examples like these can be great indicators of which models & spec choices are standing up to the test of time the best.

The service histories of these higher mileage examples can also be extremely valuable resources for specialist mechanics. Often preventative maintenance measures are born out of studying these high mileage veterans and the issues they have faced.

Why is the Nissan Juke discontinued?

There are a few misleading articles online which have spurred on questions like the above. Whilst the Nissan Juke has been discontinued in some countries, (the USA and Canada most notably). The Nissan Juke is still available in many other countries including the UK.

The reasons for the Juke being discontinued in some countries remain widely unconfirmed. Some sources have hinted that its looks were a little too eccentric for some markets, which lead to poor sales figures, amongst other reasons.

We however have a suspicion that the Nissan Juke’s discontinuation in some countries is also likely to be part of a larger plan to gradually roll out electric vehicles. Which will eventually replace some of Nissan’s range.

The New Nissan Ariya is a great example of an EV alternative on the horizon that could compete directly with the Juke & Qashqai. 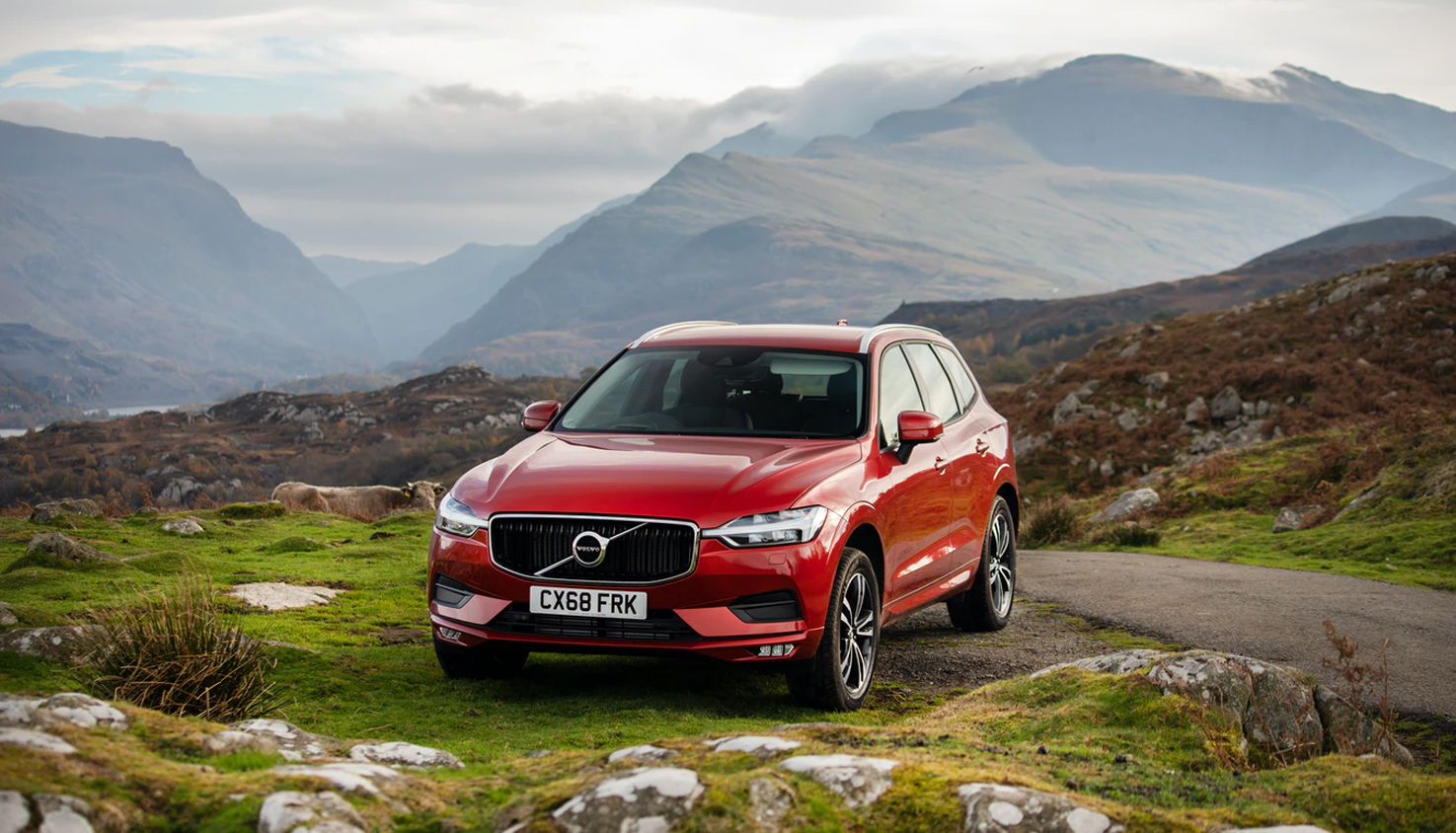 Much like any car, owners of the Nissan Qashqai...
Nissan

Since its release in 2006, the Nissan Qashqai quickly...
EV

The Nissan Leaf was one of the first mass-produced...
Features

When Will The New GTR R36 Be Released: Specs & Price

Nissan may be known for its utilitarian vehicles, but...