There’s no denying the prestige and long-standing history of the BMW 3 series. In both petrol and diesel form, the 3 series has proven its worth as a reliable family cruiser to a workhorse company car. As the diesel engine types are a popular choice for economy and long-distance travel, the BMW 318d vs 320d is a worthy comparison.

In today’s article, we will go over the common features of both vehicles, standout points, specifications, and pricing. The version you choose will be largely dependent on budget, engine preferences, and power needs.

As both vehicles have proven their worth as diesel variants, we will sum up the standout points from both vehicles. And which will be the best choice for your own particular needs. While both vehicles seem quite similar on the surface, each vehicle has different power ratings and specifications.

Is Buying a Used BMW 3 Series a Good Idea?

If your budget fits more towards a used vehicle, then the BMW 3 Series, in either the 318d or 320d models is a good choice. Performance and economy, along with all-wheel drive variations and luxury are the main calling cards of this model.

As with any used vehicle, make sure the car has a full service history and the technical service bulletins are covered. Although 318d and 320d models are capable of very high mileage, it’s still a good idea to buy as low a mileage a vehicle as possible.

BMWs, in general, can suffer from turbocharger issues, faults with the high-pressure fuel pump, and the variable valve timing system. Plus the corroded battery terminals in certain year models. All these issues can be addressed before going to failure with regular servicing.

While both the BMW 318d and 320d use the same 2 Litre diesel engine, the 318d produces 148bhp and the 320d has 187bhp on tap. Both 3 series models have four-cylinders, with a choice of a 6-speed manual or 8-speed automatic transmissions.

For longevity, economy, comfort, and luxury, the BMW 318d is a car that will provide years of luxury driving. The 2 Litre engine has the power for long-distance cruising, with excellent trim specifications.

The 318d vs 320d 3 series has always been a winner in the compact saloon segment. Both cars come with the option to buy into M sport models, with upgraded suspension and variable sport steering. Rear-wheel drive provides the most fun driving experience, while the trim is on par with the likes of the Mercedes C Class and Audi A4.

The interior of the BMW 318d comes with an 8.8-inch infotainment screen, analogue dials as standard. Plus, just enough buttons to create the executive saloon experience. Air conditioning, a CD player and cruise control come as standard on older models, while the M Sports trim provides a 10-inch infotainment screen and digital readouts. The interior is very roomy, with a competent amount of boot space.

There’s plenty of space inside the car compared to its rivals. There is more legroom than found in the Audi A4, with more generous spacing than the Mercedes C class.

The 318d Chassis and Handling

The 3 series is renowned for its chassis dynamics, solid handling and responsive steering. Coupled with the same gearbox as found in the 320d, the 318d provides effortless gear changes in the manual version.

The 318d will average 58.9mpg with a manual gearbox. But produces more or less the same figures as the 320d for fuel economy and CO2 emissions with an automatic.

With the standard 18 inch wheels and suspension, the 318d is a comfortable cruiser. However, some of that comfort has been given up to the expense of instant performance as found with the 320d. The overall driving sensation in the 318d is not as poised or as good in the corners as the 320d.

In terms of overall performance, the 318d is a much better alternative. For those who want a balance between running costs and luxury compared to the 320d.

How Much Horsepower Does a BMW 320d Have?

With 163bhp, the BMW 320d has more pulling power than the 318d. The body which is made up of a mix of steel and aluminium is 55 KG lighter than previous models. Also, it has a stiffer suspension and a wider track for stability.

Lift related dampers have also been fitted to all 3 series models, which provide a more even driving experience. The power has also been optimised with a sequential twin turbocharger, adding up to a more efficient power response.

The interior of the BMW 320d is extremely luxurious and spacious, with a lowdown driving position. Fascia fittings feel very upmarket, with just the right amount of matt chrome finish. The same infotainment system as the BMW 318d is available, with tactile controls for the climate and audio settings. The cabin is also more spacious than on previous models and definitely holds its own in this department compared to the competition.

The cabin is also much roomier than in previous models, with an adequate storage area of 480 litres.

The BMW 320d provides a firm ride without being too harsh over large bumps. The increase in power over the 318d provides slightly quicker acceleration throughout the range. And only a slight decrease in economy.

The slight increase in power over the 318d provides more confidence when travelling uphill and when overtaking. The suspension is also available with an optional adaptive damping system if you need a more smooth ride experience.

The BMW 3 series came 5th in the executive class for reliability according to whatcar.com, beating out the Mercedes C Class and Audi A4.

As both the 318d and 320d are popular company cars due to their ability to clock up high mileage. It’s worth paying for a vehicle history check and going through the car’s MOT records online. Especially if you’re buying a used vehicle.

While common problems in the 3 series are few and far between, extra vigilance should be taken when buying the likes of the 320d M sport model. The timing chain may in time become warn and may suffer from a faulty tensioner.

Some vehicles have also exhibited problematic crankshaft sensors in the 2018 models. A quick diagnostics check at a BMW dealer will soon diagnose the problem.

Other areas which can show problems within the 3 series stem from the driver side seatbelt mechanism on 2014 to 2015 models. This apparently has only affected cars in cold weather conditions.

Some 3 series models from 2015 are quoted as having power steering issues, as with leaking EGR coolers in 2015 to 2017 models.

The 318d has 40bhp less than the 320d at 148bhp and 59lb. ft. less torque at 236lb. ft. For the most budget-conscious, the 318d has respectable power levels and luxury. However, the 320d provides the most power output, making it the better option of the two.

If you have never tried the 320d, then the 318d has enough power and luxury to please the majority. Even with the standard trim, the 318d has all the niceties you would expect. But it doesn’t quite have the same experience when setting off as the higher-powered 320d.

The 318d vs 320d difference in price between the two vehicles is only £1160. And CO2 emissions are similar due to both cars sharing the same engine.

The M sport options provide much better handling, which will be far more noticeable in the higher-powered 320d version. The automatic gearbox in both vehicles can’t be faulted, with equal amounts of efficiency.

The BMW 318d is still faster than the nineties version of the 320d. But when you consider the modern 318d is not that much cheaper than the 320d, the latter becomes an ever more tempting proposition.

The newer BMW diesel engines in the BMW 318d and 320d are quieter than previous models. With only a small difference in power between the two with better soundproofing throughout the vehicles. Although diesel vehicles have taken a popularity hit in recent years, they’re still highly efficient and economic on a daily basis.

As the 320d is the most sprightly performer of the two, it has the best mesh of running costs and performance. This closely matches the desired characteristics of the 3 series. The acceleration of the 320d is what you would expect from a high-torque diesel engine. But that’s not too say that the 318d should be left out of the running.

The 318d is essentially a detuned version of the 320d. The slightly lower emissions and cheaper company car tax may just tip the balance for the more budget-conscious.

The 318d when bought brand-new is the cheapest option, for those who just want a solid running diesel-powered vehicle. However, the 320d is the closest match for what you would expect from a quintessence BMW 3 series.

If you require a firmer suspension, then the M sports models will provide all the performance you could ever need in both variants.

Although the 320d outsells the 318d, the 318d is for the more budget-minded driver or company car owner. The 318d still has a high level of refinement and can still chew up those motorway miles with finesse.

While the 320d has a more rounded driving experience, you cannot fault either car for in-car tech and entertainment system. The latest live professional tech., the iDrive 7.0 operating system and simple interface make simple functions within the car a breeze to access. A factor which is more convoluted in other brands.

Therefore, for the most rounded driving experience, the touch of extra power afforded by the 320d is the most likely option for those looking for the BMW 3 series experience.

In the stakes of between the 318d vs 320d, the 320d is the clear winner out of the two vehicles. For the small extra outlay from new, the 320d provides the most responsive performance. For the average commute, the 318d will get you from A to B in style. But the 320d has just the right amount of handling and power to match the car’s body weight.

BMW cars have always been traditionally heavyweight vehicles. With the extra horsepower as found in the 320d being just enough to make the difference. The extra power comes in handy when setting off, travelling up steep hills and for quick overtaking manoeuvres. Both varieties of engine type can be upgraded with sports options. But it makes more sense to do this on the 320d, where the power is unrestricted.

If you have found this article useful then please share and comment below with your own experiences. 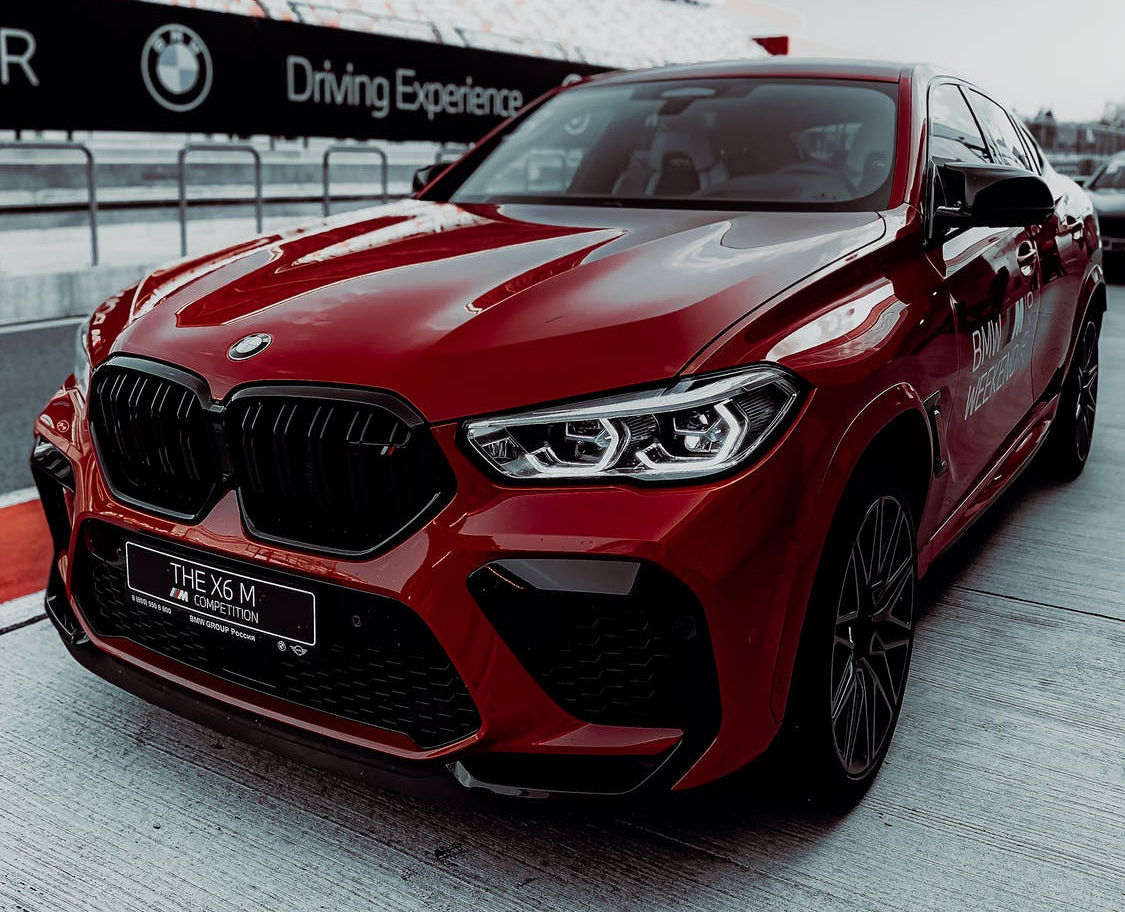