The VW 1.5 TSI Engine is used in almost all of the smaller Volkswagen Range of vehicles, its engine code is EA211.

This includes the VW Golf, Polo Passat as well as the Skoda Karoq, Fabia, Octavia and others. With the high number of units produced, we can round up and discuss the most common VW 1.5 TSI Engine Problems

We’ll run through the commonly reported issues, as well as discuss the best ways to listen out for these issues in your own car. These can help to remedy certain issues before they turn into expensive repair bills.

This guide will also help you to decide if this engine is the one for you, and if so, what things to notice when on a test drive. Avoiding a ‘lemon’ from the garage is the best way to save money on repair bills! 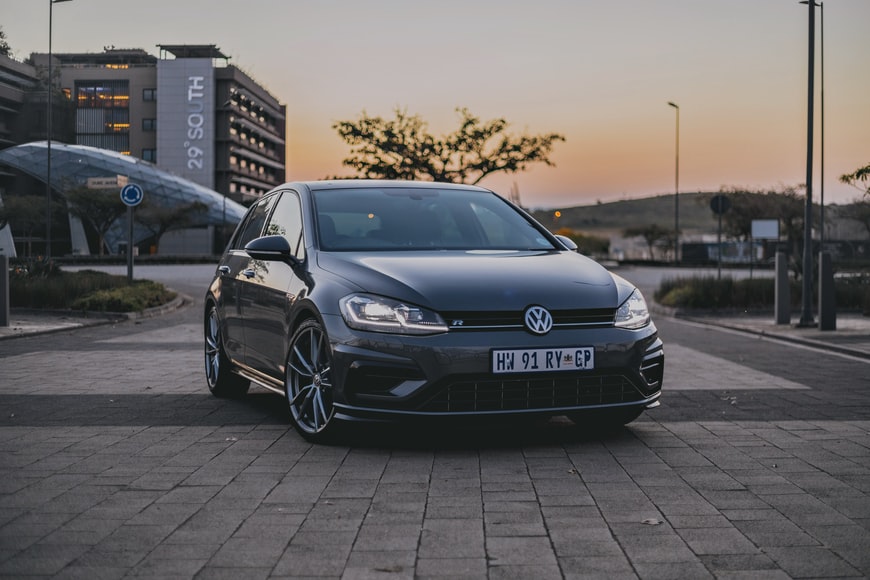 The 1.5 TSI is one of the first mass-produced petrol engines to feature a VTG system. This varies the pitch of the turbine blades, depending on engine load and speed. The general purpose is to both improve low-end torque, whilst still retaining the high power output in the +5,500 rpm range.

The electronic VTG actuator controls the VTG system and is monitored by the Engine ECU.

Volkswagen has devised, for the first time in such a small engine, a multi-loop cooling system. This involves a high and a low temperature circuit, both cooling different parts of the engine. This system also involves control modules and electronic valves, to both improve cooling and decrease the warm up time when starting a journey.

Benefits of this system include increased fuel efficiency, as well as reduced carbon emissions. Achieved by allowing components to reach their operating temperature as soon as possible.

The system is designed to improve fuel efficiency and increase power. The figures back this up, with the 1.5 TSI improving on both compared with the outgoing 1.4 TSI engines.

First devised by Cadillac in 1981, VW’s modern ACT system is a more advanced but basically the same version of the tech. In short, when less load is detected, the ECU shuts off fuel to one or two of the 4 cylinders.

This is also implemented with the AVT system, to reduce ‘pumping losses’. These are inefficiencies traditionally found with ACT systems, relating to the moving parts of the engine acting as a pump when not combusting fuel and air.

As always this system’s primary function is to improve efficiency. Under normal conditions, the driver cannot detect when cylinders are firing or not, as it is so precisely controlled by the ECU with the aid of multiple sensors.

Whilst initially only used on diesel engines, EGR valves are now found on all VW’s lineup. The physical valve is actuated by an electronic control module, controlled by the ECU. 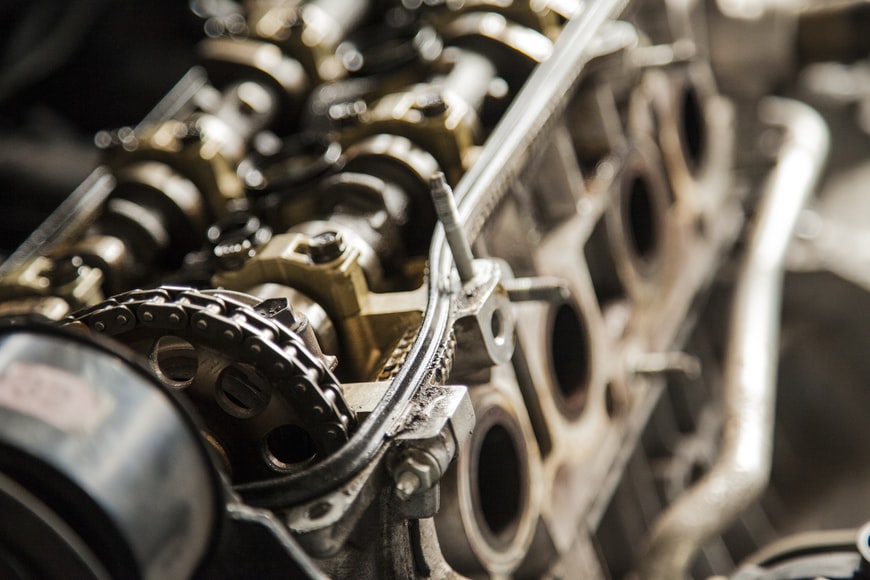 This is a problem reported across all of the 1.5 TSI range, both manual and automatic vehicles. It is however more prominent in the manual variants. It is best described as the car being hesitant at low RPMs. This can result in the car ‘Kangarooing’ when accelerating.

Some drivers have even reported their vehicles cutting out whilst trying to pull away at junctions and traffic stops. This is obviously a serious problem, and justifiably so; many consumers are outraged at VW for their delay in responding to the issue.

VW has released multiple announcements discussing the solution to this issue, but none of these recalls have categorically solved the issue for most owners.

The fixes are generally via software patches to the car’s main ECU, but there are many dealerships refusing this option as a potential solution. In some cases, dealerships take cars back, whilst others are insistent the problem is just a characteristic of the car.

To diagnose this issue, pay close attention when accelerating from a standstill or whilst moving slowly. Particularly when the engine is not up to temperature, but not completely cold, i.e. after 5 minutes of driving.

If a car you’re looking at buying is exhibiting this issue, it’s best to talk to the dealership about the potential recall fixes before going through with the purchase. If the car you’re looking into has the VW 1.5 TSI engine, be sure to check with the dealer, and check for yourself on a test drive, that the issue has been resolved.

Timing Chain Tensioners are the main cause of timing chain failures. If the tensioner fails fully, or even partially, the chain can become slack. Best case scenario, the chain will wear excessively due to the improper engagement on the cam and crankshaft sprockets.

In many cases, however, the chain can jump teeth, and cause the engine’s timing to be out. This will cause poor running at best and can see serious damage at worst.

In cases of complete chain tensioner failure, the chain can ever jump from the sprockets completely, due to jamming or binding, again causing massive damage to the engine.

Symptoms of a failing timing chain can be heard outside the car, when idling. With the hood open, listen for a ticking or ‘clicking’ sound from the top, right, and side of the engine. This is where the timing chain cover is located.

If you can hear this sound, especially when revving slightly, it is best to have the chain tensioner, and chain health surveyed. VW states that the timing chain on the 1.5 TSI engine never needs to be replaced. The experience of some owners, however, is to the contrary, and it is advisable to listen out for the ticking.

As discussed, the valve timing is controlled precisely by the AVT system. Whilst an impressive tool for improving the power and efficiency of the 1.5 TSI engine, the AVT system is complex, and cases have been reported of issues specifically with the actuation of the AVT system.

Controlled by the ECU, the AVT actuators are hydraulic motors that adjust the cam sprocket timing when required. The most common failure mode of this system is the actuators or associated valves becoming slow or unresponsive, causing inaccurate adjustments of the cam gears.

Most likely causes of this include poor oil quality. This can be from inadequate oil change frequency and even the use of low quality oil. It is reasonable to suggest the relatively low amount of issues is not entirely the fault of the manufacturer, and the owner needs to ensure their maintenance schedule is kept.

AVT failure causes poor running and in some cases even failed to start, or issues with cutting out. This is due to the engine’s timing being out, specifically, it will be out of the parameters the ECU and therefore ignition and fuelling system are expecting.

Some drivers have reported their car repeatedly being low on oil when checked. This is indicative of high oil consumption.

Generally, oil consumption can be from three main sources; turbo seals, piston rings and valve guides. The first two will be easy to spot as the car will emit blue smoke upon accelerating.

Worn valve guides are best identified by an odour of petrol in the oil. This can be found either when changing the oil, or simply when topping up. Check this when looking at a potential car purchase.

What oil should the VW 1.5 TSI engine use?

It is recommended to use a Fully Synthetic 5W-30 Oil in your VW 1.5 TSI engine. Ensure you choose oil from a reputable manufacturer such as Castrol, Shell or OEM VW, ideally from a dealer or specialist.

The service history is the most important factor when looking at a car to purchase. Ensure all the service intervals have been met, either through the number of months, or miles between services.. It is also a good indicator that the car has been serviced at a dealer, or at least a VW specialist. As a cheaper shop may not use the correct grade of oil.

In March 2020, VW released a software patch to fix the juddering and ‘kangarooing’ issues found in many 1.5 TSI cars. The degree to which this has solved the problem is contested.

Some owners report any immediate relief from the problem, whereas others are stating the car feels no different. The patch comes almost 2 years after the initial problem was reported, in early 2018.

All owners experiencing the juddering issues are recommended to speak to their dealer for information and advice regarding the software fix. Depending on the dealership it may be a simple process to get your car fixed.

Diesel engines have been refined vastly since their agricultural beginnings, but older or faulty cars will produce exhaust smoke....

Nowadays, it seems screens are the main way we control our cars - they control everything except the actual...

The Tesla Model 3 has become the best-selling EV in Europe by a huge margin. Does this mean that...

8 Common Suzuki Swift Engine Problems The Suzuki Swift is a popular little hatchback, and for good reason. It offers...
- Advertisement -

When Does My Fuel Filter Need Replacing?

The VW 1.5 TSI Engine is used in almost all of the smaller Volkswagen Range of vehicles, its engine...

Nowadays, it seems screens are the main way we...
- Advertisement -