The DSG Gearbox made its debut in the 2003 VW Golf R32, since then it has been fitted to a wide range of makes and models. In this time reports of DSG gearbox problems were unfortunately not unheard of.

In light of this, we have devised this article. Here we’ll answer your most common DSG gearbox questions, and explain these potential problems.

The DSG gearbox or Direct-shift gearbox is an automatic dual-clutch gearbox that is electronically controlled. This gearbox was designed by BorgWarner and is licensed to the Volkswagen Group.

Therefore the DSG gearbox is commonly used by the Volkswagen Group and is used by other brands such as Audi, SEAT & Skoda.

We will discuss the most common problems people experience with their DSG gearboxes, and how to solve them. We’ll also offer some tips on how to extend the life of your DSG gearbox. So whether your gearbox is giving you trouble, or you just want to make sure it lasts as long as possible, read on for all the information you need.

What is a DSG gearbox?

A DSG gearbox is a type of automatic transmission that is commonly used in vehicles with transverse engine layouts. The name DSG stands for Direct Shift Gearbox, and it refers to the way that the transmission shifts gears. Rather than using a traditional torque converter, the DSG gearbox uses two clutch plates to connect the engine to the transmission.

This allows for quicker and smoother gear changes, as well as better fuel economy. In addition, the DSG gearbox is equipped with a variety of sensors that allow it to adapt to changing driving conditions. As a result, it can provide a more comfortable and enjoyable driving experience.

Is a DSG gearbox reliable?

On the most part, the DSG gearbox is known to be fairly reliable. However, some early DSG gearboxes were known to have some common issues.

These early, problematic gearboxes have unfortunately damaged the reputation of the DSG gearbox. Hence the very common question from prospective used car buyers ‘Is a DSG gearbox reliable?’

When it comes to transmissions, the DSG remains a solid option, it is both fast and reliable. A big benefit of a DSG gearbox is that it can help to improve fuel economy when compared to direct competitors. This is because the transmission can shift gears quickly and smoothly, with minimal lag time.

Additionally, DSG gearboxes often come with features like launch control and manual shifting modes, which can be great for drivers who enjoy a more hands-on approach. Overall, a DSG gearbox can be a great option for drivers who are looking for both speed and reliability.

Common issues with the DSG gearbox

There can be some downsides to a DSG gearbox. One potential issue is that the transmission may not always be suited to high-powered engines. As a result, it can cause untimely wear and result in heavy maintenance costs.

The most common symptom of a problematic DSG gearbox is the PRNDL between the gauge cluster will begin to flash, and you will generally only have the use of second gear.

Below are some of the other major issues, by knowing about these in advance, you can be better prepared if your DSG gearbox does start to experience problems.

The Clutch May Not Engage

The clutch of a DSG gearbox is what allows the transmission to shift gears. If the clutch does not engage, then the vehicle will not be able to move. This can be a major problem, and it will likely require the assistance of a professional to fix it.

Another potential issue is that the DSG gearbox may not be able to handle heavy loads. This means that if you’re planning on carrying a lot of weight or towing heavy loads in your vehicle, you may want to consider a different type of transmission.

Sometimes the mechanical components of the DSG transmission fail, and the most common culprit is a bearing that has worn out. In this instance, you may hear an irritating sound or perhaps a grinding noise when driving. To avoid worse difficulties, the problem should be addressed as soon as feasible. A failing bearing that has been ground down inside the gearbox is a common occurrence. This process causes metal shavings from the bearing to enter the gearbox’s oil, where they have whisked away to other parts of your transmission. In some cases to the mechatronic unit, causing further damage.

An expert with DSG transmission knowledge is required to replace the damaged bearings. This ensures that the operation is done correctly, and if anything goes wrong with the bearings following the repair, you will have peace of mind knowing that you have a warranty to fall back on.

People frequently believe that this is an issue with DSG transmission on startup. However, this symptom is tied to the transmission region rather than the transmission itself. If you notice trembling when driving, it might be due to the dual-mass flywheel. This element is located between the transmission and the engine and consists of two plates that work together to offer cushioning.

When the flywheel wears down (which will happen over time), the cushioning becomes restricted or entirely deteriorates, and you feel the tremor. A common symptom is a clicking sound emanating from the engine bay. So, before you go in for the transmission, have the flywheel examined by a qualified mechanic. It is particularly obvious during gearshifts, and the only cure is to replace the component.

Can the DSG gearbox be repaired?

Many car owners are faced with the daunting task of repairing their vehicle’s gearbox. The DSG gearbox is no different. While the gearbox itself is a complex piece of machinery, the good news is that it can be repaired. There are a number of specialized shops that offer DSG gearbox repair services. In addition, there are a number of online resources that can provide guidance on how to repair a DSG gearbox.

With the right garage or gearbox specialist, anyone can have their DSG gearbox repaired. Just ensure you go to a reliable professional or approved dealer for complex repairs. Additionally, this work should come with a warranty for future piece of mind.

Did VW fix its DSG problems?

VW’s first attempt to fix initial DSG gearbox problems was to recalibrate the software that controls the transmission. This was a short-term solution that did not address the underlying issue.

The company’s second attempt was to replace the mechatronics unit, which controls the shift fork position. This fix was more successful, but it still did not completely solve the problem in some vehicles. Those with ongoing problems had the DSG replaced entirely.

These issues were on vehicles covered by manufacturers’ warranty, if your vehicle is over 3 years old the chances are you will have to pay for the repairs unless you have extended cover.

How to extend the life of your DSG gearbox

DSG gearboxes are becoming increasingly popular in performance cars, but they can be expensive to replace if they fail. Fortunately, there are a few things you can do to help extend the life of your DSG gearbox. One of the most important is to ensure that the fluid levels are topped up and maintained according to the manufacturer’s recommendations. For most models, this is every 40,000 miles.

Another is to avoid hard launches and sudden braking, as this can put undue stress on the gearbox. If you do notice any issues with your DSG it’s important to get it checked out by a qualified mechanic as soon as possible. By following these simple tips, you can help ensure that your gearbox will give you years of trouble-free service.

If you’re experiencing any of the problems we’ve outlined in this guide, don’t despair! There are likely fixes or workarounds available to get your DSG gearbox running smoothly again. And, as always, feel free to leave a comment below with any DSG gearbox problems you have experienced. Thanks for reading and happy driving! 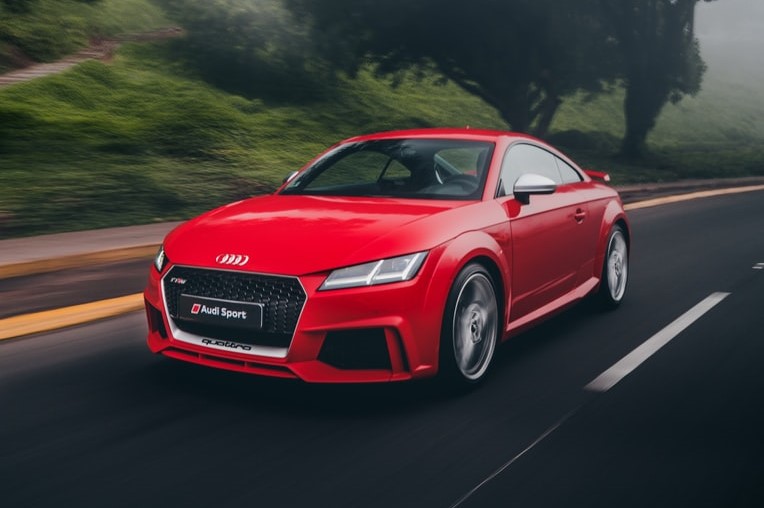 If you own a Mercedes with a 220 CDI engine, then you know that it's a powerful and reliable...
- Advertisement -

In this article, we explain the most common Audi 1.4 TFSI engine problems and provide tips on how to...

In this article, you will find the most common...
Volkswagen