The Nissan Leaf was one of the first mass-produced electric cars to hit the markets, released in December 2010. However, being early to the party can come with its problems. And the Nissan Leaf has had its fair share of problems throughout its lifetime. We are going to take a look at the issues the car faced in its early days, which is mostly now solved and the issues that are seen in the current model of the Nissan Leaf. So without further ado, let’s dig into the problems with the Nissan Leaf.

Is the Nissan Leaf a reliable car?

All this talk about problems might call into question whether the Nissan Leaf is a reliable car. To answer that simply, Yes. The Leaf was named as the most reliable electric car in the UK in 2020. So you can buy with confidence that it is a perfectly reliable and dependable car, but no car is perfect and problems do arise with anything that is made in such huge volumes.

Most people have very trouble free ownerships of the Leaf but there are some common issues that have come to light on this car.

The sunroof on the Nissan Leaf has had some reported issues where they either rattle, crack or in the worst case they “explode”. The sunroof is an optional extra on the Nissan Leaf and sunroofs are normally made from thick tempered glass. However, to save weight and aid in efficiency Nissan made the roof from thinner glass on this model.

Thinner glass doesn’t have the same strength as the thicker glass so the problem lies in the design of the sunroof. This problem is reported on cars up until 2017. After this model there are no reports of this problem so we suspect that the sunroof has been revised from this model onwards.

Why are Nissan Leafs so cheap used?

The main reason that Nissan Leaf’s are so cheap on the used market is that many buyers are worried about battery life, battery degradation and potential battery problems. But are these worries justified?

In the early days of the Leaf, the range when new was only 82 miles, which lets be honest, isn’t a huge amount.

Considering a lot of those vehicles are 5-10 years old now, some of the earlier ones have lost from 10% to 30% of their original range. If you have a car that started out with 82 miles range and has now potentially lost 30% of its range. The car will now only be capable of traveling 57.4 miles, and there aren’t many people out there who would be satisfied with this sort of range. This limits the market for the wrong reasons and in turn, causes a price reduction in order to sell units.

The newer models from 2018 offer upwards of 150 miles driving range which is much more usable. They also have improved the battery over the years and the newer models don’t suffer with anywhere near as much battery degradation as the early cars. One user reported buying a used vehicle and after 4 years of ownership, they only lost 7% of the batteries capacity. No performance decrease was recorded during this period either. Most people could live with that type of wear and tear. This also shows because the newer models demand a higher price on the used market relative to the older models.

Nissan Leaf’s are fitted with an automatic emergency braking (AEB) function. This is a system that uses sensors at the front of the car to detect when a collision might occur and then the car can apply the brakes automatically to prevent the impact.

This system has been reported to be faulty on some vehicles and can trigger when no object is actually there. Causing the vehicle to perform an emergency stop without any reason.

This could lead to the driver being caught up in a rear-end collision if another car is following closely when the fault occurs.

The fault lies with a few components but mainly the radar on the front grill. Bosch is the supplier of this part and in some instances, the radar is triggering a false positive identification of an object and causing the AEB to activate the brakes, seemingly randomly.

Although there was no recall for this fault, the radar unit is replaced under warranty on cars that are affected by this issue.

Other front-facing sensors can also be faulty and trigger the AEB system. Sometimes a software glitch can also cause the same problem.

Nissan has released many technical service bulletins for remedies to this fault. It is something that is currently being managed well and is under control.

This fault comes to life sooner rather than later on the Nissan Leaf, so it’s common to see this fault on very low mileage vehicles.

This makes it less of a worry to people buying on the used market as it’s something that if present, appears early on in the life of the car and gets repaired by the manufacturer.

Do Nissan Leaf’s have faulty airbags?

There is a manufacturer recall for passenger airbag sensors on the 2013 model Nissan Leaf. It’s not the actual airbag that’s faulty but the sensor used to trigger it in the event of an accident.

The airbag warning light will be illuminated on the dashboard. If so the passenger seat should stop be being used immediately.

The manufacturer recalled all affected vehicles with this fault, and by now all of the cars with this potential issue should’ve been fixed.

The problem is normally due to one of the following things, a faulty hose or a faulty compressor.

The problem lies with one of the hoses in the refrigerant circulation system. This hose cracks and then allows for refrigerant to leak out of the air conditioning system. Once enough of this has leaked out the system becomes airlocked and then the circulation of refrigerant stops.

And with no refrigerant, there is no way to create cool air. Luckily the fix is easy and low cost. The hose is replaced, the aircon re-gassed and this solves the issue.

The other reported part to fail on the air conditioning system is the compressor.

This can sometimes be diagnosed with an audible grinding noise when the air conditioning is turned on. But this noise isn’t present in all reports of this problem.

The only fix is to replace the compressor. This will solve the issue and get the air conditioning back up and running.

What’s the life expectancy of a Nissan Leaf battery?

The Life expectancy of the Nissan Leaf can be split into two categories. Early model cars up to 2017, and newer model cars from then onwards.

As we mentioned earlier the batteries in the early model Nissan leaf were not that impressive of a unit. It had issues with prematurely losing capacity and therefore losing range.

The car couldn’t really afford to do considering it had such a small range to begin with.

The battery was also lacking the technology to adjust its output depending on the temperature.

This meant that when the weather was cold the battery could lose up to 50% of its capacity just due to thermal effects. This is a big problem if you live somewhere that experiences any sort of winter. And the problem becomes worse if you are using the heaters and lights. Two things you use all the time in the winter.

Buyers will be happy to hear that Nissan conducted their own research and testing and concluded that the life expectancy of the new battery is 22 years. An astonishing figure for something that previously, would’ve had problems maintaining a reasonable capacity for 5 years.

With advances in modern battery technology, the battery can also now adjust its performance based upon weather factors. So there isn’t as big a problem with range reduction when the weather is cold.

Is the Nissan Leaf worth buying?

So taking all this into account let’s conclude and see if the problems with this car make it one to avoid when looking for an electric vehicle.

There are some reported issues with the Leaf. But these issues are things that have been acknowledged by the manufacturer and there are fixes.

The battery life concerns of the earlier cars is not something that really translates to the newer models. If the battery is capable of lasting 22 years then this should fill you with confidence that you will be able to drive without worrying about having any battery issues.

The Airbag fault was recalled so we can expect the majority of cars with this fault to have been fixed by now. And the cars with the AEB issue are also being fixed as and when the issue presents itself.

But like we said, this fault appears early on in the lifespan of the car. So buying a higher mileage model could help you avoid this problem.

The sunroof fault only affects cars fitted with the optional sunroof up to model year 2017. So choosing a model without the sunroof or a post-2017 model will help you avoid this problem.

The problems with the air conditioning are much lower in reported numbers that the rest of the things we talked about. So these issues shouldn’t be at the forefront of your mind. They may crop up, but they also may not.

We think you should avoid the early model cars as they have worse battery life, range and are generally less refined. The newer range of the Nissan Leaf from 2018 onwards looks like a great option if you want to get into the world of electric vehicles.

With outstanding batteries and great overall reliability, we think that if you’re in the market for a new car, it’s definitely one you should consider. And a good place to start looking for one would be on Autotrader.

We hope you’ve enjoyed reading this article on Nissan Leaf problems. If you found this useful leave a comment telling us why and share this with anyone else who could benefit from the information we have covered here. 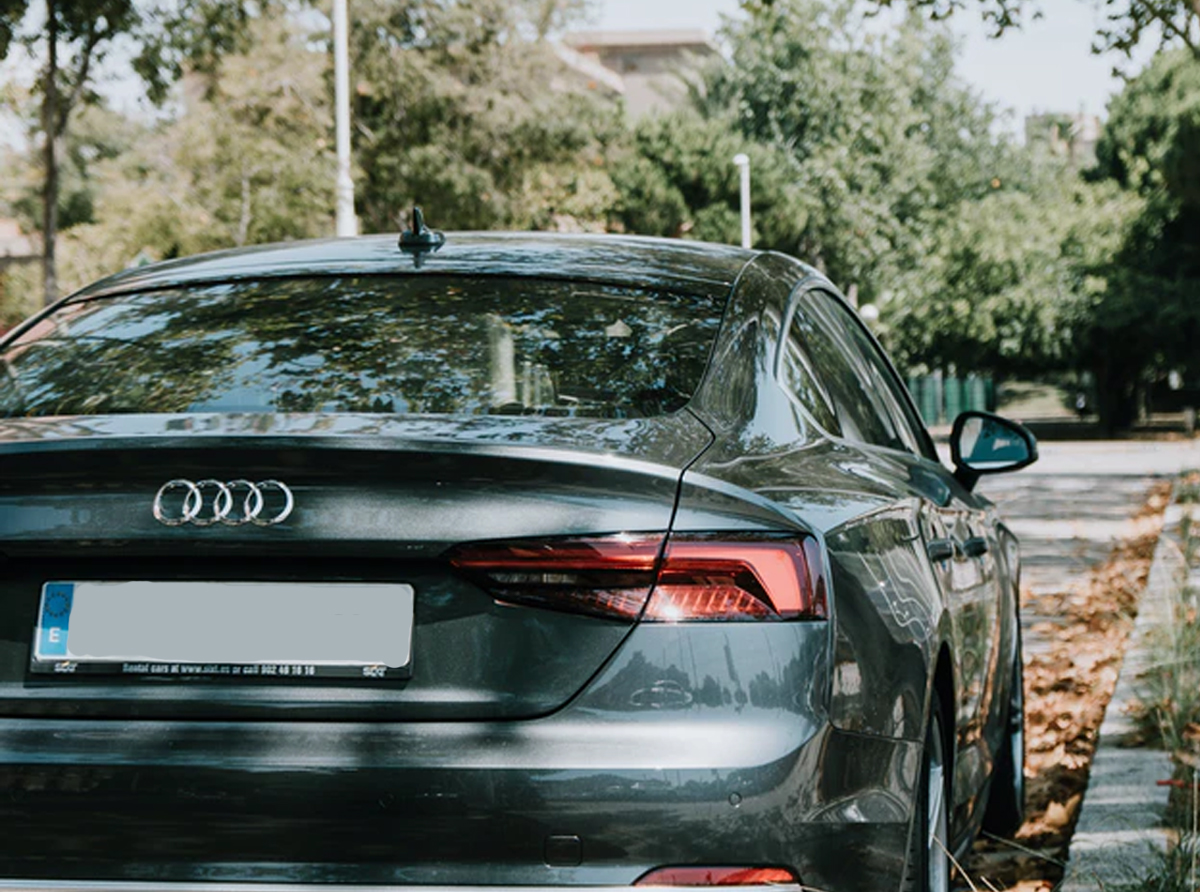 Porsche PDK gearbox problems have been causing a stir in the automotive world as of late. Many people are...
- Advertisement -

In this article, we will explain what the Audi Pre Sense warning light means and go over some of...

The Tesla Model S is a popular electric vehicle and has gained the hearts of EV fanatics for features...

If you're in the market for an electric car...
Nissan

Much like any car, owners of the Nissan Qashqai...
EV

What are the most common Tesla Model 3 Problems?...